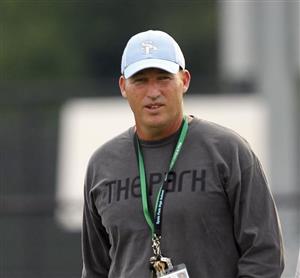 (MONTGOMERY) – Spain Park High School head football coach Shawn Raney will be the head coach for the Alabama All-Star football squad for the 33rd annual Alabama-Mississippi All-Star game next December. The game will be played at Hattiesburg (MS) on the campus of the University of Southern Mississippi on Saturday, December 14, 2019.

Jamie Lee, Director of the Alabama High School Athletic Directors & Coaches Association (AHSADCA) made the announcement at the 2019 Kickoff Classic press conference Thursday at the AHSAA office. The AHSADCA, in conjunction with the Mississippi Association of Coaches (MAC) administers the all-star game each year.

Alabama lost to Mississippi 24-20 last year at Cramton Bowl but still holds a 22-10 edge in the series heading into this year’s game.

The head football coach at Spain Park High School for the last six years, Raney has compiled a 44-23 record with the Jaguars. He guided Spain Park to the 2015 Class 7A state finals before falling to McGill-Toolen 14-12. His team won the Region 3 title in 2015 a 7-0 record. As an assistant coach, Raney served as defensive coordinator for three years at Hoover, helping the Bucs win the 6A state title in 2012. Hoover reached the state finals in 2011 and 2010 finishing as state runner-up.

“I am excited and humbled to be selected to serve as head coach of the Alabama all-stars,” said Raney, who served as defensive coordinator on the 2018 Alabama All-Star coaching staff. “Not growing up in Alabama, I was truly humbled when I was asked to coach in the game for the first time in 2013, and even more humbled when Coach (Josh) Niblett asked me to be his defensive coordinator in the game last year. But to be chosen as the head coach is even more humbling.”

Alabama lost 42-7 in Hattiesburg in 2017 and Alabama won 25-14 at Cramton Bowl in 2016. The annual game, which pits the top high school senior players from Alabama and Mississippi, has been played yearly since 1988. Mississippi has won both games played in Mississippi (2015 and 2017). Alabama has a 22-8 edge in all games played in Alabama. Hoover High School’s Josh Niblett was Alabama head coach in 2018.

See more on the All-Star Game.