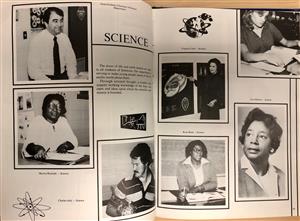 HOOVER - In 1979, the first Trivial Pursuit game was introduced, Margaret Thatcher was elected Prime Minister of England, Sony released the Walkman which sold for $200, the nuclear accident at Three Mile Island occurred, gas cost $.86 a gallon, and Ira F. Simmons Junior High School opened its doors to the first students.

Originally part of Jefferson County, Ira F. Simmons Junior High School, or Simmons, as it is known by the community, became a part of the Hoover City School System when it was officially chartered in 1988, breaking away from the Jefferson County School System and the Jefferson County Board of Education. Their mascot was the tiger and their colors were royal blue and gold. Today, Simmons proudly sports orange and black and are buccaneers. Originally comprised of 788 7th and 8th graders, Simmons now boasts 1,069 6th, 7th, and 8th graders and is known as Ira F. Simmons Middle School. 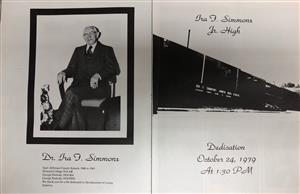 The school was named in honor of Dr. Ira F. Simmons who was Superintendent of Jefferson County Schools from 1948-1961. Dr. Simmons was a 1914 graduate of Howard College and a 1924 and 1934 graduate of George Peabody/Vanderbilt University. He spent a lifetime in service educating young America. The school was formally dedicated to Dr. Simmons on October 24, 1979.

A glance back in time reveals that in 1959, Berry School was originally formed as an elementary school in this area of Hoover.  However, as the area expanded and the population grew, Berry continued to add grade levels to eventually include grades 1st through 12th. The first graduating class of Berry High was in 1965, and the school then served grades seven through twelve, but the area continued to grow.

A new school was needed, so Simmons was created to alleviate the overcrowding at Berry High School. Coach Wayne Wood, former coach and teacher at Simmons, said “...when the bell rang [at Berry] it looked like kicking an ant bed.” Ground broke on Simmons in 1977, and the doors opened in 1979.

Leaders of the school have made indelible marks on the school’s heritage and culture. Bob Chapman was the first principal at Simmons. Carol Barber served the school as principal for seventeen years, and Brian Cain served for twelve. Currently, the school is under the leadership of Kevin Erwin.

Simmons is now a staple of the Hoover community having served several generations of students who have gone on to make the world a better, more wonderful place. Simmons will celebrate this momentous 40 year anniversary in February with a reception to be determined at a later date. 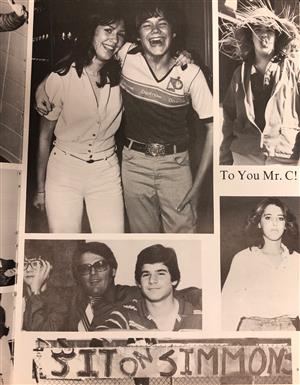